The Eccentric Master and the Fake Lover Volume 2 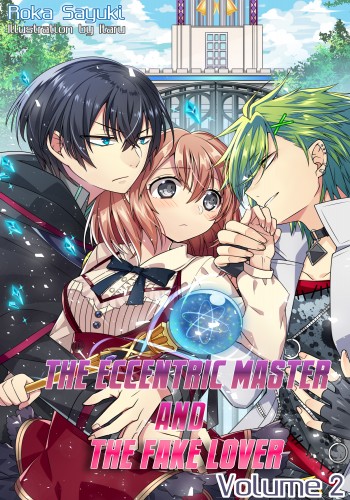 The Eccentric Master becomes a butler?!

Disguising herself as a rich young lady, Nichika infiltrates the hidden ranks at Elminage Academy for Gifted Witches and Wizards to investigate the attacker from Cherry Blossom Kingdom. All too happy to play along, Oswald completely enters Butler Mode, treating Nichika so kindly she starts to miss his teasing! But he’d better watch out if he wants to hold on to his apprentice because an old frenemy is out to win Nichika’s heart!

Life at the magic academy and a love triangle become the least of Nichika’s worries when a fake Spirit Priestess is going around tarnishing her name, and she’s entered into a broom flying competition that turns into a death race! Will she ever have time to gather the rest of the Great Spirits?!