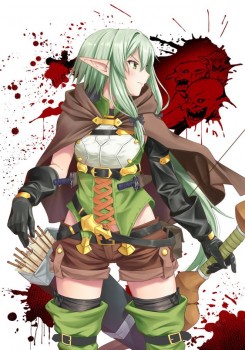 A silver ranked high elf adventurer. She came with Dwarf Shaman and Lizard Priest to find Goblin Slayer and recruit his help. They face some trouble earlier as they are unable to pronounce "Goblin Slayer" and refer to him in other names, until they find him.

She initially looks down on Goblin Slayer, due to his unkempt and weak appearance, but later comes to respect him, when she sees him in battle. She is a light-weight when it comes to drinking.