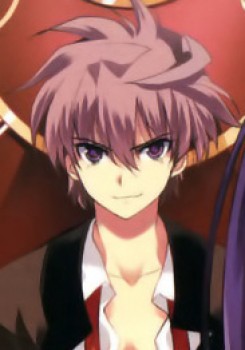 An orphan who enters Constant Magic Academy with the intention of becoming a high priest, however his aptitude test predicted that he would become a demon king. He has a strong sense of justice and good intentions but he often ends up going overboard and ends up being seen as rebellious and cruel.

Because of his status as a demon king, he has extreme reserves of mana and a high regeneration ability. He however does not have much control over his power.