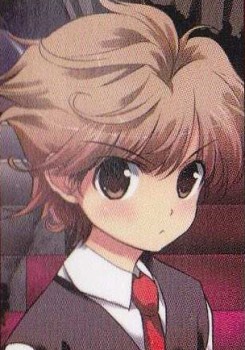 A classmate of Akuto who ends up admiring him and calling him "Aniki". He has a rather weak personality. Later he obtains a power suit which allows him to transform into the legendary hero Brave. This allows him to gains confidence in himself but also causes him to clashes several times with Akuto.

His magic powers are average. However as Brave he has access to several weapons such as a high frequency blade, a monomolecular cutter, lasers and high temperature plasma balls. The suit also has a Mana Canceller, which makes him undetectable and disrupts magic surrounding him.