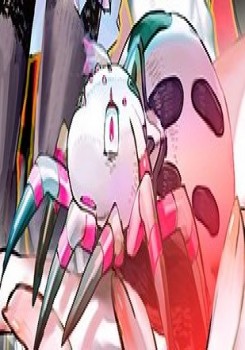 Former High School Student with the lowest reputation in the class, after the explosion that kill all the students in the classroom she was reincarnated as a spider monster known as "Small Lesser Taratect".
As a human she had little to no interaction with her classmates and even her parents, and the only thing she enjoyed was play videogames. But under her cold appearance she's a very cynic and happy-go-lucky person.

Being the weakest monster on the Elro Great Labyrinth she need to use her human intellect and courage to survive.

At some point on the story and after a lot of evolutions she became a powerful monster known as "The Nightmare of the Labyrinth".

Awarded with the birth skill "Skanda", this skill multiplies average speed by the number of the skill level and with every level-up increase speed by 10x skill level.