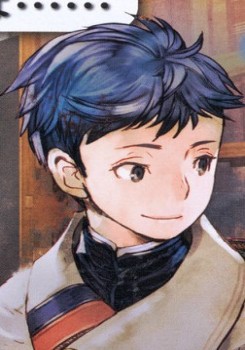 One of the reincarnators previously known as Yamada Shunsuke after his death he was reincarnated as the four prince of the Analeit Kingdom.
Very interested in the new world where magic exist, he started to train from a very young age. By the time that his status where appreciated for the first time he was already considered as a genius.

Shun is a Kind-hearted young man who at time can be very dense and tends to be too trusting and honest.

As the half-younger brother of the current hero, Julius Zagan Analeit Shun thinks that he needs to do his best to reach strength.

The first classmate he meets is Shinohara Mirei who is a dragon breaks her egg and ends being Shun's monster. And the second classmate is Oshima Kanata his best friend who was reincarnated as a woman.

After Julius death on the Great Human-Demon war Shun became the new Hero.

Awarded with the birth skill "Divine Protection", this skill makes easier to gain the desired result.