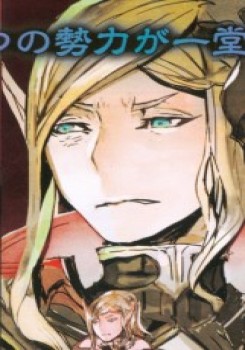 Potimas is the chief of elf village and Father of Filimøs, he's the first person Filimøs told about the reincarnators and accept to help Filimøs to gather all her students.
As an elf his major objective is to oppose to the administrators (gods). His methods to gather the reincarnators usually are pacifics but sometimes he use more shady methods such as kidnap, threat or even murder.

Before the system was created Pothimas was a renowned scientist who discovered the MA energy, the MA energy has all type of uses such as fuel to machines, healing properties and body modifications.
In his search for immortality using the MA energy Potimas used human beings as test subjects all of them were failed attempts (including Ariel).

The MA energy was the planet's life force and with it's indiscriminate use the planet quickly degraded after it was made public the Goddess Sariel sacrificed herself to save the planet.

After the System was implemented Potimas never leave the elf village which is protected by a powerful barrier to be safe from Ariel, Dustin and the administrators.