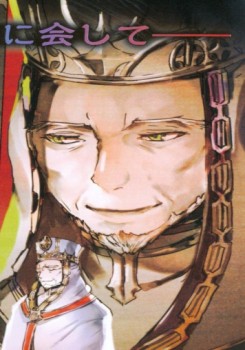 The current and only pope of the Divine Voice Religion, he's known for being a person with an indestructible will and tend to overthinking every little detail, he will do whatever he can to save the humanity.

Before the system he was a president of an unnamed country, he was the only person who believed Sariel's warning about the MA energy banning it's use in his country using force if it was necessary.

After the creation of the system he was named "leader of humanity" for his previous decision and vowed to make all in his power to protect humans, because of this Dustin obtained the divine virtue skill "Temperance" allowing him to keep his memories of his previous lives.